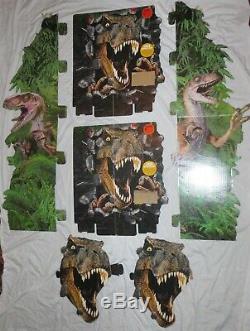 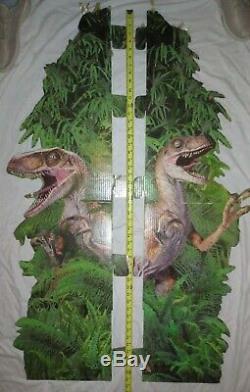 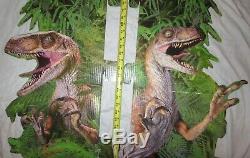 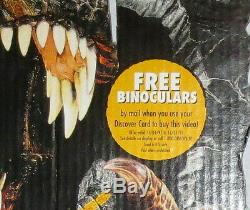 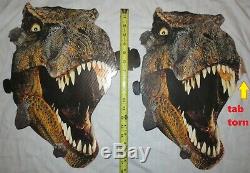 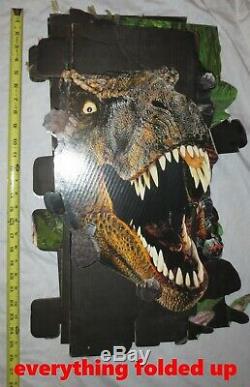 Large cardboard standee/display for Jurassic Park or The Lost World. They have been folded up (and not displayed) for decades so they are in good condition. The velociraptor pieces have tape on the top. I tried to fit this together but can't figure out how (or if) they fit together. I think there are some non-dinosaur pieces missing. There is a date of 1997 on this, which is the year the sequel The Lost World came out. I think this standee advertised the first film's VHS while the sequel was in theatres; the dinosaur images here match materials used to promote Jurassic Park 1991. It came from a grocery store in Nebraska. Big T-Rexes bursting out of wall measure 2 feet.