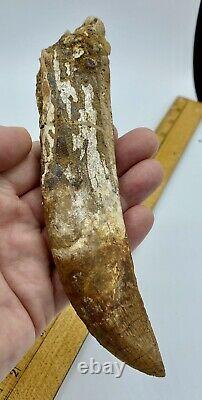 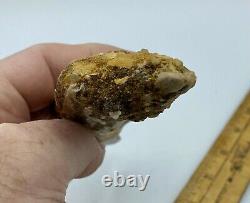 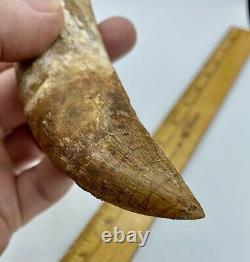 CARCHARODON TOOTH 7 AKA African TREX T REX. Origin: (Origen) KemKem basin, Tegana fm, Red Sandstone Beds. Carcharodontosaurus is a genus of carnivorous carcharodontosaurid dinosaurs that existed between 100 and 94 million years ago, during the Cenomanian stages of the mid-Cretaceous Period. It is currently known to include two species, C. Iguidensis , which were among the larger theropods, slightly bigger than Tyrannosaurus and possibly slightly larger than Giganotosaurus , but not quite as large as Spinosaurus.