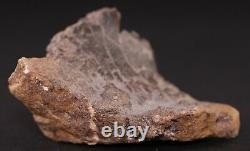 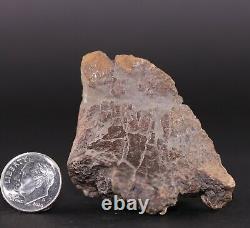 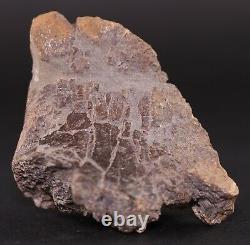 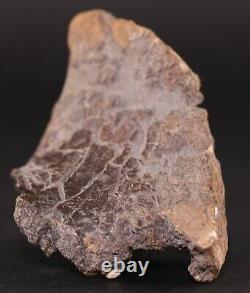 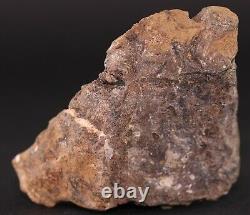 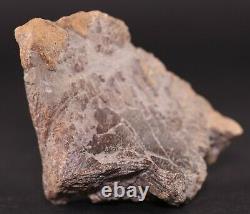 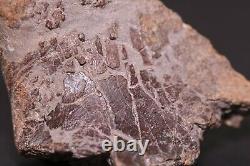 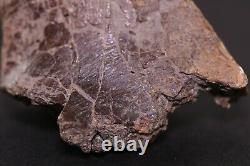 A Certificate of Authenticity will accompany this item. This is not "like" a T Rex or "African T Rex", it is the real thing. Here is an extremely nice piece of Maxilla bone from a T Rex. It was found in the Hell Creek Formation, near Glendive, Montana. There were a large number of pieces found in the same area, therapod bones, some too big to be anything from that location, but a T-Rex.

Unfortunately not enough to make a skeleton. The specimen measures 2.2 inches at its longest measurement. The Maxilla is the farthest back, and largest tooth-bearing bone on the T Rex. So it is towards the back of the jaw.

This one has great curvature and coloration. From the late Cretaceous, 66 to 68 million years ago. The last great Age of the Dinosaur.

Legally collected on a ranch near Glendive in 1999, where legal dinosaur bone digging takes place. Tyrannosaurus Rex was king of the predators in the Hell Creek Formation. The name Tyrannosaurus means "Tyrant Lizard" in Greek, and Rex means "King" in Latin. It could grow to 40 feet, and had the strongest bite of any land animal ever.

We cordially invite you to visit our store, and see items and fossils ranging from budget to world-class. You will receive the exact item described and photographed, unless clearly stated otherwise. In some cases, that is easy, in some cases, not so much. If you take it out of the United States, you are on your own.