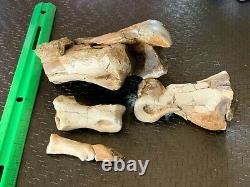 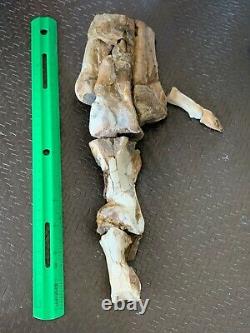 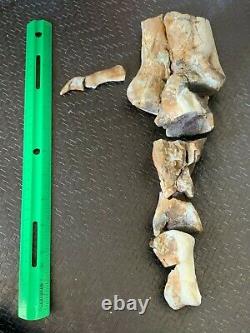 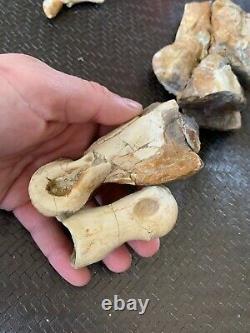 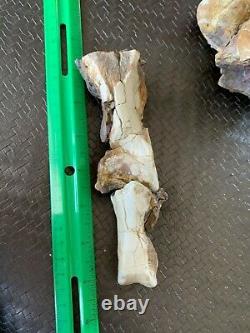 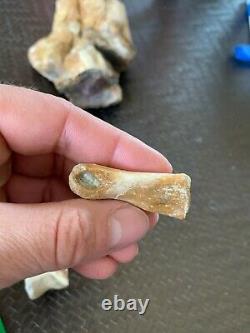 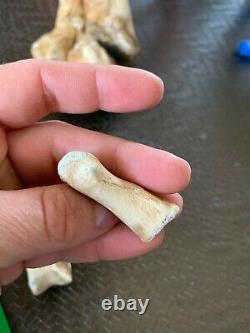 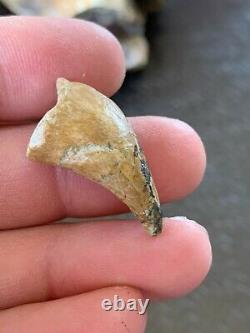 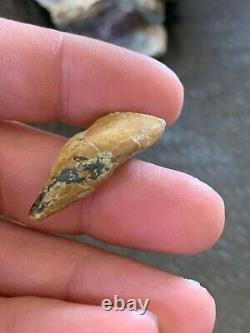 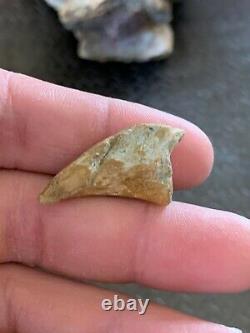 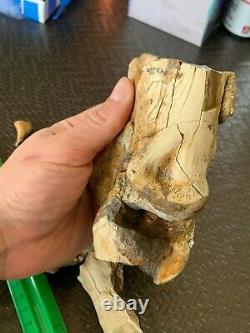 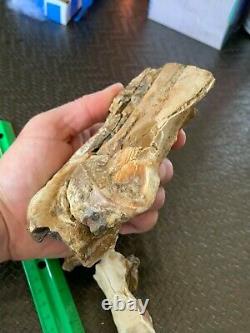 This listing is for an incredibly rare articulated Tyrannosaur fossil foot with claw! Included are three articulated partial metatarsals, 3 toe bones and one dew claw. One of the toe bones articulates to the dew claw which is the claw on the reverse side of the foot. The fossil represents a partial and articulated medium sized theropod foot from the Nemegt Formation of Mongolia. Based on the size and shape of the fossils, it is most likely from the Tyrannosaur Alioramus. However, there is a possibility it could be from some other theropod species in this formation. This geologic formation dates back to the Late Cretaceous and this animal lived in an ecosystem alongside other well known dinosaurs such as Tarbosaurus, Gallimimus (from Jurassic Park), Therizinosaurus as well as the enigmatic Deinocheirus with its giant arms! You almost never see fossils like this offered for sale and there is absolutely no repair or restoration done to it, all natural! A skilled preparator could prep the remaining parts of the bones and make this into an even more incredible piece!

The item "Articulated Tyrannosaur Foot Toe Bones with Claw Dinosaur Fossil T Rex Cousin RARE" is in sale since Monday, March 22, 2021. This item is in the category "Collectibles\Rocks, Fossils & Minerals\Fossils\Vertebrates\Amphibian, Reptile & Dinosaur". The seller is "hellcreekdinosaurs" and is located in Utica, Michigan. This item can be shipped worldwide.