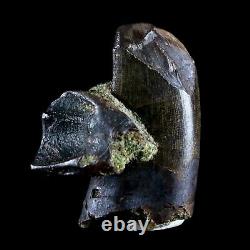 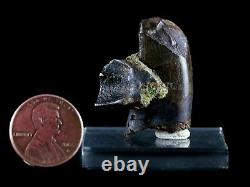 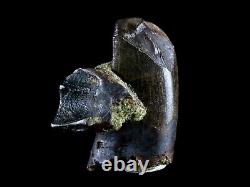 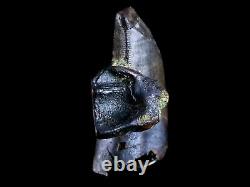 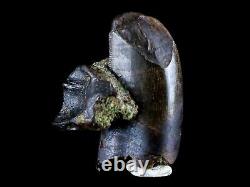 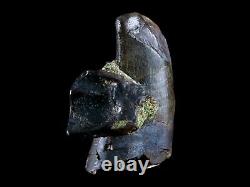 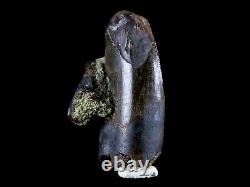 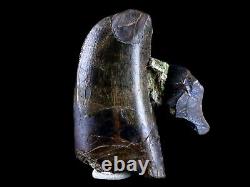 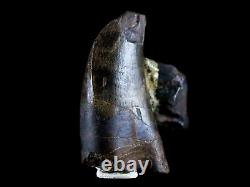 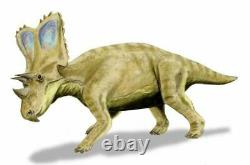 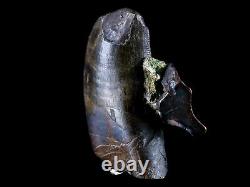 Comes with a free Acrylic Base. Comes with a Certificate of Authenticity. The item pictured is the one you will receive.

Is remarkably similar to Tyrannosaurus with the main differences being smaller but heavier build, the feet shorter and the teeth proportionally larger. This has led some to conclude that Daspletosaurus was the ancestor of Tyrannosaurus, while others consider it to be a subspecies, although no definitive Tyrannosaurus remains have been found to date from the same time as Daspletosaurus. Is a possible contender for social interaction leading to pack hunting. At least two skulls show tooth marks that were inflicted on the face, with one of the skulls belonging to a juvenile showing that the tooth marks had healed over, indicating that the bite was not intended to be fatal. Face biting occurs in other predators and can relate to a number of reasons including dominance over a group subordinate, territorial dominance, or possibly even being inflicted during the mating process.

An alternative explanation however is that these marks were caused by an ailment such as a parasitic infection. In Montana, the remains of three Daspletosaurus and five hadrosaurs have been found in a bone bed together. Its unlikely that the bones had been washed together via a river flow, and some consider this evidence that Daspletosaurus may have formed packs. Of the three remains, one was an adult, another juvenile, but the age of the third cannot be determined. However this only really proves that three Daspletosaurus died in the same location. 4.3 to 4.8 meters long.

Fossil representation: Many specimens are known allowing for accurate reconstruction. Fossilized skin is also known. Had two large fenestra in the middle which would have had a skin covering in life-giving the appearance of a'solid' frill. As a display device, the frill may have been brightly colored with an elaborate display. Also since the frill in these parts was soft tissue, Chasmosaurus may have flushed blood into the area to make the colors even more vivid.

However, because the large fenestrae were filled only with skin, the frill would have provided only minimal defense against a predator. Chasmosaurus has also been used as the base for the name of the ceratopsian group Chasmosaurinae. The ceratopsian dinosaurs of this group are noted for their large, long neck frills and relatively short horns, and include others such as Pentaceratops and Anchiceratops. All payments must be made within 72 hours of placing your order. At Fossil Age Minerals, customer service and satisfaction are our highest priorities.

All return requests are made within 30 Calendar days of receipt of merchandise. The item "1.3 Daspletosaurus Tyrannosaur, 0.7 Chasmosaurus Fossil Tooth Dinosaur T-REX" is in sale since Monday, August 30, 2021. This item is in the category "Collectibles\Rocks, Fossils & Minerals\Fossils\Vertebrates\Amphibian, Reptile & Dinosaur". The seller is "fossilagemineral" and is located in Post Falls, Idaho.